Add the team’s Multi-Sig as a ‘Chief’ role to the protocols connector, with an additional timelock for security and to delay changes; governance can still supersede Team’s Multi-sig in any event.
Establish a more open path for Developers, Protocols and DApps to integrate to build on the DeFi Smart Layer and streamline the integration process.

Instadapp is developing the infrastructure for the evolving and innovative space of decentralized finance. With the launch of the DeFi Smart Layer, users and developers are empowered to create new DeFi applications with a wide array of tooling on a modular and flexible platform.

One of our goals is to make the DeFi Smart Layer more open and accessible to a variety of developers and projects. Instadapp maintains several code libraries and SDKs that all build upon the DeFi Smart Layer, along with being a development platform, Instadapp also maintains its flagship DApp at DeFi.Instadapp.io. In an effort to align development, incentives, and the community; the instadapp team is building additional open source resources and proposing the team be allowed to enable connectors after community consensus.

Once a connector is implemented into the DeFi Smart Layer, committed to the codebase, it can be used by all DeFi Smart Accounts. However, the connector itself requires code to be written for it to be useful. Currently the team develops strategies and use-cases as connectors are integrated on the DApp interface. Any integration on the main interface receives continuous review, is kept up to date by the Instadapp team and becomes part of the ongoing development of the flagship DApp. (See Governance Flow)

The DeFi Smart Layer needs an alternative open interface where developers can build without the instadapp team’s direct involvement. We are currently developing Instadapp Assembly; Instadapp Assembly is an open source dashboard where integrations, developers and builders can create and deploy new strategies, build new use cases and experiment.

Assembly - Instadapp Assembly is the open-source frontend where integrations and the instadapp community can begin building using all the lego blocks. Users and developers can fork and or build on the hosted Assembly Site. Developers and users are encouraged to experiment and build new use cases on Assembly. Assembly encourages newer projects to build on the DSL and Integrations that show value and can be adopted by the team on the main interface. Established Protocols can build new partnerships or test features across other DApps by building their own strategies and interfaces.

Flagship - The Flagship Interface (Defi.Instadapp.io) is the ‘standard’ maintained and up to date, the core development team maintains this interface with the most resilient DApps and builds upon the most promising and useful functions and use-cases in Decentralized Finance.

In an effort to increase development speed, particularly around new integrations, the Instadapp Team is requesting to share the ‘Chief’ role of the Connector contracts with Governance. This will enable the team to add Integrations immediately after receiving community approval via Snapshot.

There is an amount of redundancy currently built into the governance process, snapshot votes still require an on-chain vote; including for connectors, furthermore a formal proposal via Snapshot to integrate a connector includes code approved by the Instadapp team for security and compatibility.

The development of the open source interface: Instadapp Assembly along with the streamlined integration process,will encourage development and growth on the DeFi Smart Layer. This process also opens the development to projects and protocols the team may still be growing their user base, or use cases that require more time to develop before being integrated into the main interface.

The team will submit an on-chain vote to add the Instadapp team’s multi-sig to the Connector ‘Chief’ role, and deploy a 2-day timelock on the ‘Chief’ functions controlled by Governance.

6 Likes
Modify Snapshot Voting Parameters
About the voting by the implementation of the proposed governance, after add multiple languages to the official website
DAO Community Mid-Summer Outlook
miscao July 17, 2021, 1:05pm #2

Fully support this proposal since the team works & releases code changes faster than governance at this point. This will lead to greater protocol growth moving forward.

Can you expand on what it means for the multi-sig to share the Chief role? I ask because it is essentially undoing part of what we did in https://gov.instadapp.io/t/gov-acceptance-of-admin-rights/66.

Does this mean both Governance & Multi-Sig have to agree to protocol changes or one or the other? Sounds like anyone with Chief permissions can make changes, which I support - it just centralizes the protocol a bit more.

Good question!! So there are in general 2 major roles of governance on the protocol.

With this proposal, integration cycle will work like this:

(1) Open integration topic in governance forum(here)
(2) Discussion about it among community users
(3) Snapshot voting
(4) if it has been passed, instadapp will add integration into DSL(can be utilized by all DeFi Smart Accounts)

looks simple! I believe that this proposal will improve integration process and help to increase developer engagement. Voted. 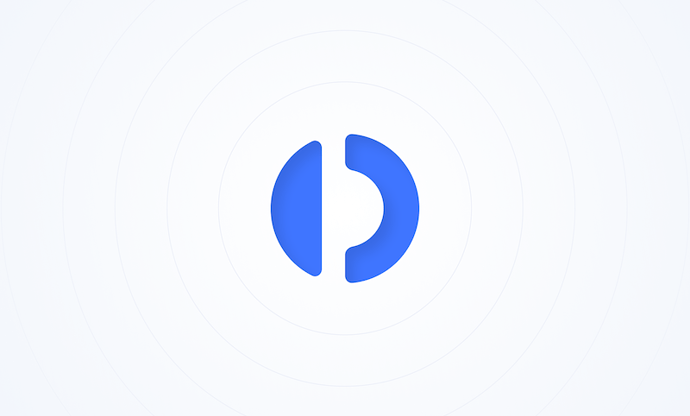 Hey @dakeshi integration into the DSL enables the protocol to be utilized by all DeFi Smart Accounts; that does not place that integration directly into the main interface (defi.instadapp.io)

However, the new open source dashboard will allow developers and the community to immediately build functionality into the integration before the team is prepared to move it to the main interface.
This will open the platform to more experimental/less tested protocols; and creates a staging ground for growth.

integration into the DSL enables the protocol to be utilized by all DeFi Smart Accounts; that does not place that integration directly into the main interface (defi.instadapp.io)

Thanks for making it clear.